What does it mean in practice for the “non-customer-facing” parts of your business to be customer-led? To get to that answer, you first have to take yourself through some potentially difficult re-education. Here’s my two-step guide.

It sounds lovely to think of your internal users and departments as “customers” of the back-office teams and services. But what you really mean is that one lot relies on the other lot to be effective at their jobs. And their jobs ultimately are about providing services that give your business’s real customers something they need.

If you let one set of people in your business think they’re customers of another part of your business, you’re creating a dysfunctional organisation where only a small part of it is actually focused on the needs of your real customers. Do you really want a second market inside your business, especially one that brings in zero revenue?

Now you’ve agreed there is only one type of person that should be called “customers”, pat yourselves on the back. There’s some moaning, in-fighting, and genuine uncertainty to come as everyone adjusts, but there are ways to deal with that.

I’d like to use a personal experience to bring this to life. Once upon a time, in a big manufacturing company, a sales department head refused to engage my questions about her strategy because another back-office team hadn’t been able to sort the sticky “z” key on her keyboard in two weeks of asking. She’d been told she was a customer. She wasn’t getting the service she expected. Until she did, she wasn’t going to engage with us about the more glamorous opportunities we wanted to convince her were good ideas.

The immediate fix was simple – it often is. I grabbed a keyboard from another office (remember offices?) and replaced hers with it. Of course, she could have done that. But her role as a ‘customer’ meant she didn’t want to. Or she didn’t think she should. Which is probably true – can’t have customers swapping bits of kit around, can we?

To be fair, there was another environmental challenge at the time. The company was moving to a universal ticketing system for handling all technical problems. Epic trilogies could be written on that glorious path of service evolution. Users – let us pause to enjoy that particular classification – were now expected to adopt a more bureaucratic and less personal method for getting their problems solved and requests fulfilled. And to communicate what their problems were, users needed to understand more about the technology they were using than they had done before. Brilliant. The evil that ultimately led to self-service check-out was born.

But there was a deeper malaise here. The performance of “back-office” teams was being judged against cost, standardisation and hierarchy – not against whether the business’s real customers were happy. Availability and responsiveness of systems were measured, not availability and responsiveness to customers of the people whose jobs those systems enabled. Back-office teams are a cost, aren’t they? Um, but they’re critical to the directly customer-facing teams being successful? Just a cost or essential part of generating revenue?

Ways of working that exist for years become familiar. Familiarity breeds security. Security leads to contempt. I’ll try and be clearer: Until and unless a business fundamentally – and I mean, fundamentally – adopts and measures its success against a single customer-led attitude throughout its entire organisation it is treating its customers with contempt. It may be mild contempt, careless contempt or full on in-your-face sneering contempt.

Harsh? Well, if you’re saying to your customers that the only people in your business who are really primed to care about them are the people they talk to directly, then what else would you call it?

Ashley has worked around the world helping media and retail businesses grow through innovation, transformation and breaking into new markets. He specialises across strategy, commercial, business models, new products, platforms and technologies. 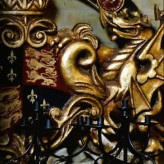